You are here:
From 21 to 24 of April 2017 Nov’arte Italia Gallery participated in Artexpo in New York, considered the world’s largest art market, whose first edition took place in the ‘Great Apple’ in 1978. “The exhibition – says Kenneth Jemmett, administrator of Nov’arte Italia just back from the US – is held each year in the third week of April, on average visited by more than 40,000 enthusiasts, with art dealers, collectors and journalists coming from every corner of the world. The level of the exhibited works is high.”

Nov’arte Italia participated with some works by the artist Alessandro Romano, including the beautiful ‘Shield of Achilles’ which won the prestigious first prize in the ‘sculpture’ section where 300 well-established artists from all over the world were present. The shield is a polychrome bronze inspired by the eighteenth-century song of the Iliad, made in the Foundries of Pietrasanta. Was acquired by the President of the Republic Francesco Cossiga through the National Gallery of Modern Art in Rome. “The work is considered by critics the greatest masterpiece of Alessandro Romano”. Of the work, “valued at $ 500,000,” there are only five copies in the world, “two of these are already exhibited at the Rainier III Auditorium in the Principality of Monaco and the Quirinale Palace.”

Among the other works of Alessandro Romano on display in New York: ‘Il Crocifisso’, whose first copy of the 99 made at Agnone foundries is exhibited at the Vatican Museums; ‘Age of Man’, ‘Horse’, ‘Chiron’, ‘Medusa’ and more. 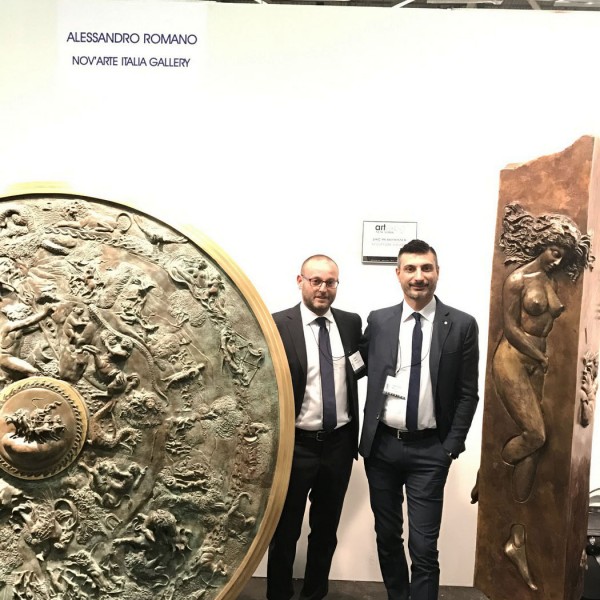 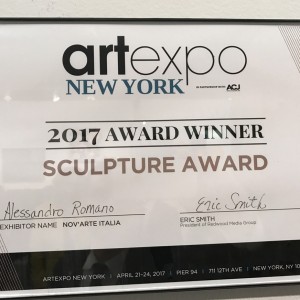 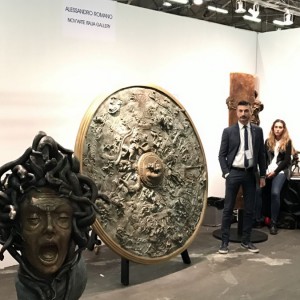 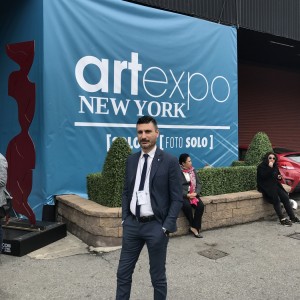 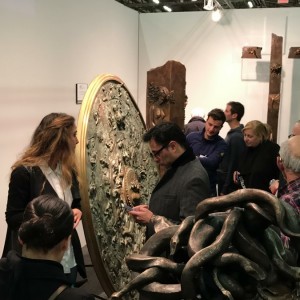 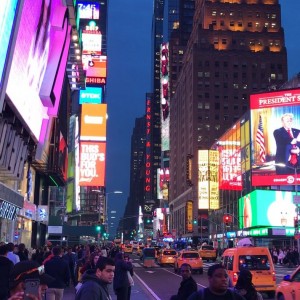 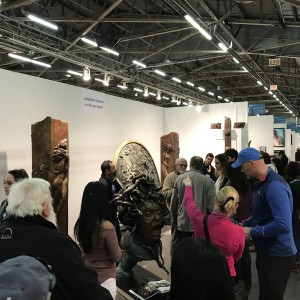 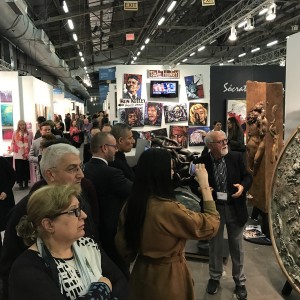 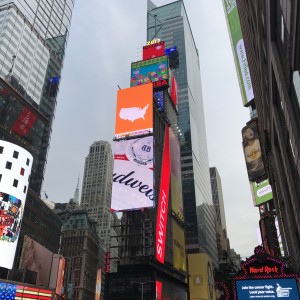 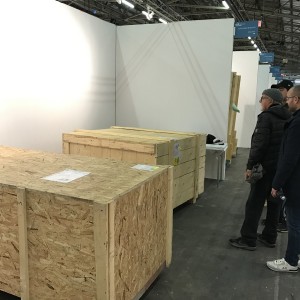 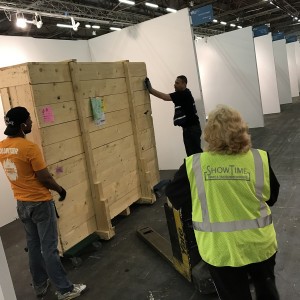 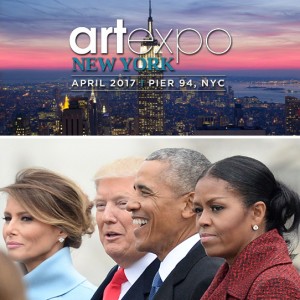